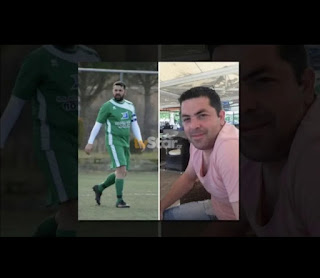 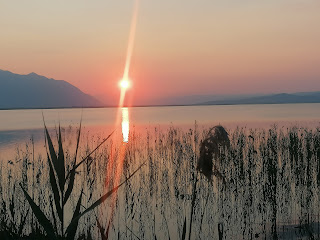 The Grand Egyptian Museum will finally open in 2021. We take a closer look at what visitors to the new museum can expect.

Now, following the announcement that the highly-anticipated museum will open later this year, we look at what to expect when the world’s largest archaeological museum is able to welcome visitors at last.

The Grand Egyptian Museum is located around two kilometres away from the Giza Pyramid complex, a UNESCO World Cultural Heritage site that is also home to the Giza Necropolis and the Great Sphinx. The museum project is part of the Giza 2030 master plan. This includes a makeover of the Pyramids Plateau in order to boost tourism to the destination.

The location itself is significant, allowing for easy access to Cairo and with a rich cultural history on its doorstep. Here, it will serve as the gateway between modern and ancient Egypt. There is even a new metro line under construction, meaning that in the future it will be easier than ever to visit the region from the country’s capital.

The building will replace the famous yet cramped Egyptian Museum in Cairo as the go-to destination for ancient Egyptian antiquities. With galleries of up to 20 metres high, it will be able to display objects from the original museum’s collection that have never been seen by the public.

However, the Egyptian Museum, built in 1901, will still remain open, and will also be refurbished.

With much of its collection moving to the new site, the original Egyptian Museum will have more space to display selected highlights. For instance, gold pieces from Tanis, the ancient Egyptian capital. There will also be treasures from the tomb of Yuya and Thuya, great grandparents of Tutankhamun, on show.

The Grand Egyptian Museum project was first announced in 1992, with the issuing of a Presidential Decree. This allocated almost 50 hectares for a state of the art new facility. Following the announcement, a competition was announced in 2002, to determine who would be designing the new museum.

Over 1,550 architectural firms from 83 different countries seized this opportunity. In the end, the Dublin and Berlin-based firm Heneghan Peng won. This architecture firm was founded by Róisín Heneghan and Shih-Fu Peng. It was also responsible for the award-winning Giant’s Causeway Visitors’ Centre in Northern Ireland.

The 500,000 square-metre building’s triangular design echoes the pyramids on its doorstep. The north and south walls line up directly with the pyramids of Khufu and Menkaure. Inside, it will feature a huge atrium where large statues can be displayed.

The museum will have three floors, with conference facilities and educational spaces. It will also be home to a 250-seat 3D cinema, a children’s museum, shops and restaurants.

In 2010, Hill International signed a contract with Egypt’s Ministry of Culture and EHAF Consulting Engineers to provide project management services during the museum’s design and construction. Building work began on the new site in 2012.

In 2016, German architecture firm Atelier Brueckner was selected to design the Grand Egyptian Museum’s Tutankhamun galleries, alongside the Grand Stairs, the Piazza Atrium and the Children’s Museum.

How much will the project cost?

The project is estimated to cost over $1 billion. Around 70 percent of the funding for the Grand Egyptian Museum comes from the Japan International Co-operation Agency (JICA). The remainder comes from the Egyptian government. Over the course of the project, JICA has worked locally to train several new Egyptian conservation staff.

Funds raised by a recent and wildly popular Tutankhamun travelling exhibition are also expected to go towards the museum. The Tutankhamun: Treasures of the Golden Pharaoh touring exhibition featured 150 artefacts from the Pharaoh’s tomb, 60 of which had never been seen outside of Egypt before.

During its stint in Paris, the exhibition became France’s most visited of all time, with 1.4 million visitors. This shows the level of demand for this unique content. The artefacts featured will now find a permanent home at the Grand Egyptian Museum.

There have been many delays to the project over the years. This means that the initial goal to open in 2011 was pushed back multiple times. A major issue also came with the outbreak of the Arab Spring in 2011, which resulted in political unrest, protests, and a temporary curfew.

The museum announced in 2018 that it would finally be opening in 2020. However, the COVID-19 pandemic then meant further postponement. In April 2020, the museum’s Facebook page posted the following statement:

“The President has directed a postponement of all construction activities and openings of major national projects that were to be carried out during the current year 2020 to the next year 2021. This directive includes both the Grand Egyptian Museum and the National Museum of Egyptian Civilisation (NMEC).”

In February 2021, the museum said that 98 percent of the construction work on the engineering facilities was complete. At the same time, it announced that it is planning to open in the last quarter of this year.

What will be on show at the museum?

The Grand Egyptian Museum will explore around 3,000 years of ancient Egyptian history through its 100,000-strong collection of artefacts. This makes it the largest museum in the world dedicated to a single civilisation.

It will contain the iconic Tutankhamun collection spread over a dedicated exhibition space measuring 7,000 metres. A pair of galleries will display all 5,600 objects retrieved from his tomb, discovered by Howard Carter in 1922.

This will be the first time that all items in the collection will be on show together. This includes the boy pharaoh’s three coffins and funeral mask. One nice touch is that the objects will be displayed in the exact order that Carter found them.

Visitors will even be able to see some of Tutankhamun’s garments, previously considered too fragile for display. These will be shown alongside things like the tools he used, the food he ate and the sandals he wore.

Collection has many highlights

The Grand Egyptian Museum will be the new home of many artefacts from Cairo’s Egyptian Museum. It will showcase these in a series of chronological galleries. As such, the museum will allow visitors to journey through Pre-History, Old Kingdom, Middle Kingdom, New Kingdom and the Late and Roman Period.

As well as the Tutankhamun collection, another highlight will be the 140-foot-long solar boat, found buried beside the Great Pyramid.

The largest artefact on display will be the 12-metre tall statue of Ramses the Great, which will be the first thing that visitors experience on entering the atrium. A further 87 statues of pharaohs and Egyptian gods will be on display on the museum’s grand staircase. This includes two fairly recent discoveries from 2009. One is a full-scale granite statue of King Amenhotep III and the other is a depiction of falcon-headed God Ra.

Moving such a large collection is no mean feat. Particularly when several of the artefacts are huge pieces, like the Rameses the Great statue. This was one of the first objects to arrive at the collection, with much fanfare. The 83-tonne statue made its way through the streets accompanied by horsemen in military dress and the Egyptian national anthem.

The statue was previously located in Ramses Square in Cairo. It has now been in place at the new museum since 2018, allowing construction to take place around it.

Speaking with the Art Newspaper in 2018, the then director of the Grand Egyptian Museum, Tarek Tawfik, said that the museum’s team of conservators and curators was facing the “huge challenge” of checking and preparing each object for display with “great enthusiasm.”

Just this week, the museum took delivery of Tutankhamun’s third shrine, a month after the fourth shrine was moved from the Egyptian Museum and installed in its new home. The Grand Egyptian Museum says that this work to transfer the antiquities is taking place amid tight security measures. The museum’s curators are also supervising the process.

In an interview with Egypt Today, Director General of Executive Affairs for Restoration and Transfer of Antiquities at the Grand Egyptian Museum, Issa Zidan, said they moved the shrine in pieces. A range of technology, including IR imaging, XRF scanning and X-Ray radiography was used to help the team determine the best way to dismantle it and reassemble it without causing damage.

A modern approach at the Grand Egyptian Museum

The previous display of artefacts from the tomb of Tutankhamun at the Egyptian Museum in Cairo was simple, allowing the artefacts to speak for themselves.

However, the new exhibition at the Grand Egyptian Museum will strive to fully immerse visitors in the pharaoh’s court. It will do this by presenting the objects alongside insights into the way he lived his life. For instance, showing how he dressed and what he ate as well as providing information about his funeral and what he achieved for his country.

In an earlier interview with the Smithsonian Magazine, Tawfik explained, “The identity of this museum is the state, kingship and eternity of ancient Egypt…It will also give a lot of background to the visitor…how and why the artefacts were produced. This is a whole new aspect that will give this museum another taste.”

The museum will use state-of-the-art technology and virtual reality to enable interpretation. It will also have a role as an international communication centre between museums.

When will the Grand Egyptian Museum open?

The museum now says it will open in the final quarter of 2021. In August 2020, CNN International launched a documentary called ‘Inside the Grand Egyptian Museum’. Speaking in an interview as part of the programme, Major General Atef Moftah said that the museum was 96.5% complete, and predicted that work would be finished by the end of 2021.

The show also revealed that the work to move the artefacts into place, as mentioned above, would take around four to six months.

“Egypt’s gift to the world deserves a huge celebration,” said Moftah in the programme. However, ongoing COVID-19 restrictions mean that when the opening finally happens, it could be a more muted celebration than originally planned.

Besides the sneak peek documentary, others enjoyed a look behind the scenes thanks to a hard hat tour in 2019. This cost $250 per ticket but was later cancelled, as it was causing delays to construction.

Tickets will be around 400 Egyptian pounds (EGP) for international visitors (approximately $25 or £18). There will also be a 50 percent discount for students.

Impact on the area

The Grand Egyptian Museum says it expects to see at least a 30% increase in tourism after it opens. This will lead to a demand for around 40 new hotels and generate approximately 60,000 job opportunities in tourism.

The museum hopes to generate 5 million visits each year. This is equivalent to the American Museum of Natural History, New York, the world’s 9th most visited museum.

Other new museums coming this year

It may be one of the most eagerly-awaited museum openings of recent years. However, the Grand Egyptian Museum is not the only exciting new museum to open in 2021.

In Europe, visitors will soon be able to visit Berlin’s Humboldt Forum. This is one of the most expensive culture projects in the region at a cost of $825 million. There is also a new Edvard Munch Museum in Oslo and a new Hans Christian Andersen Museum in Odense.

In the UK alone there are three notable museums about to open their doors; the revamped Museum of the Home in London, Mary Shelley’s House of Frankenstein in Bath and the new Museum of Making in Derby. In addition, Manchester Jewish Museum has undergone major renovations.

Over in the US, audiences can enjoy the National Museum of African American Music in Nashville. This opened in January 2021. Later this year The Academy Museum of Motion Pictures in Los Angeles will also open for the first time.

Meanwhile, in Asia, M+ in Hong Kong and the Pudong Museum of Art in Shanghai will both open this year. 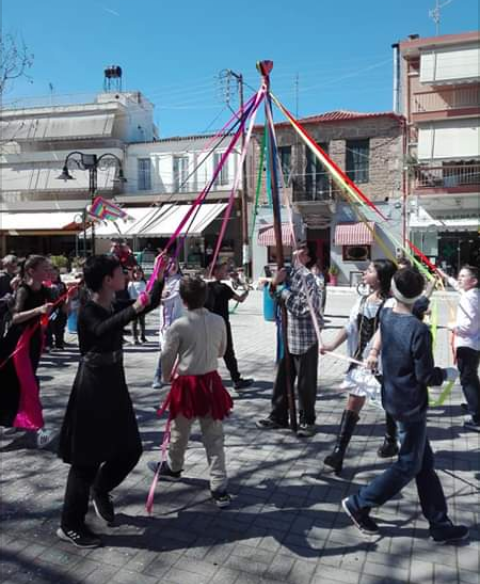 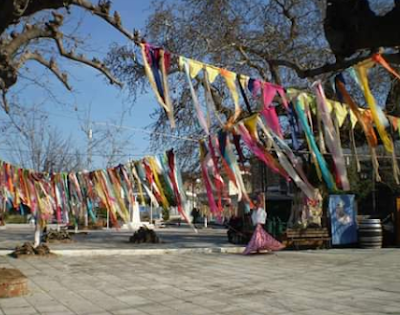 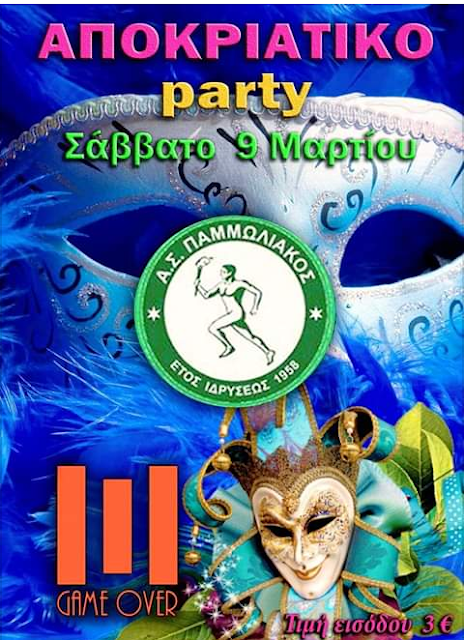 The Greek ten-year bond issue was successfully crowned with an interest rate of 3,90% 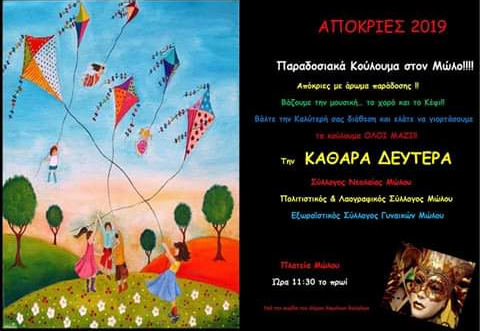 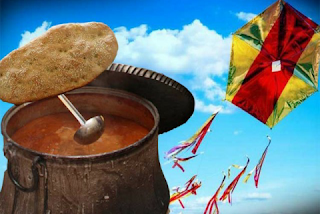 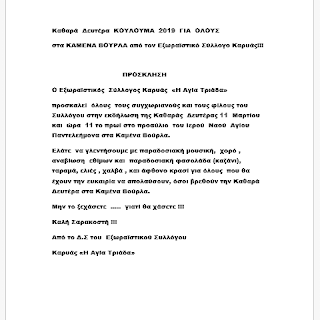 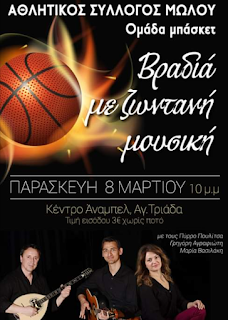 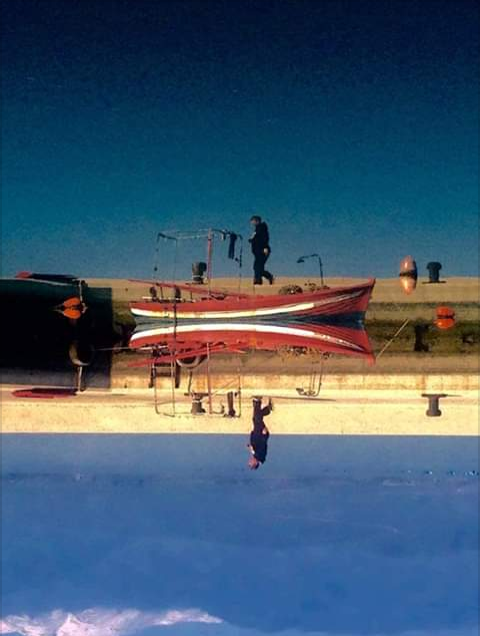 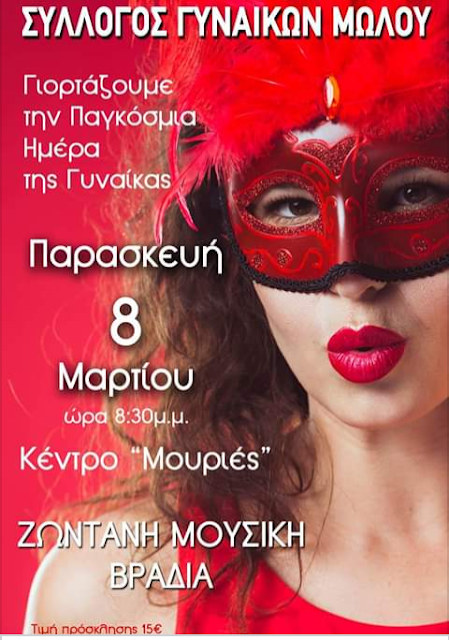 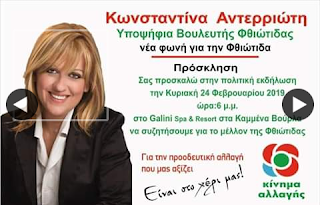 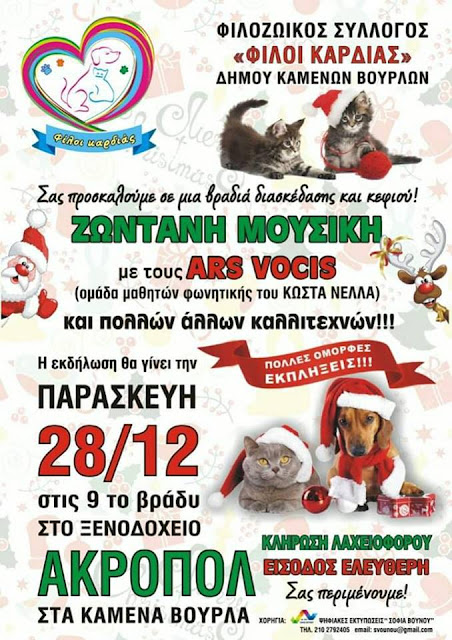 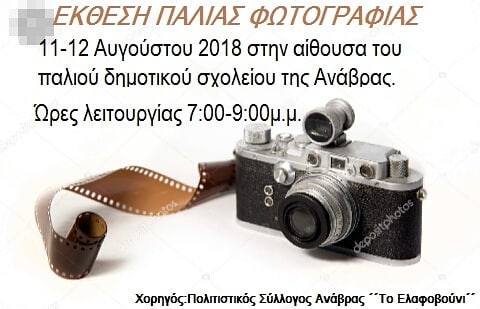 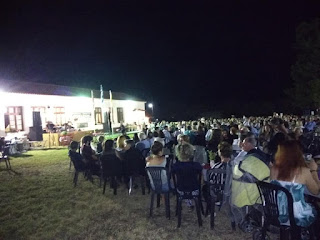 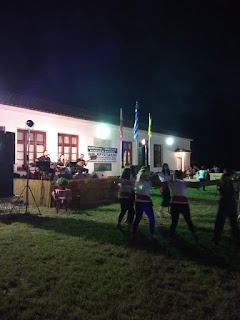 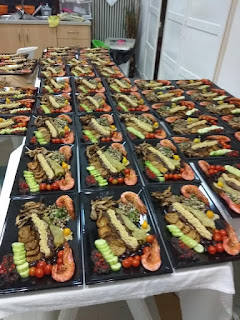 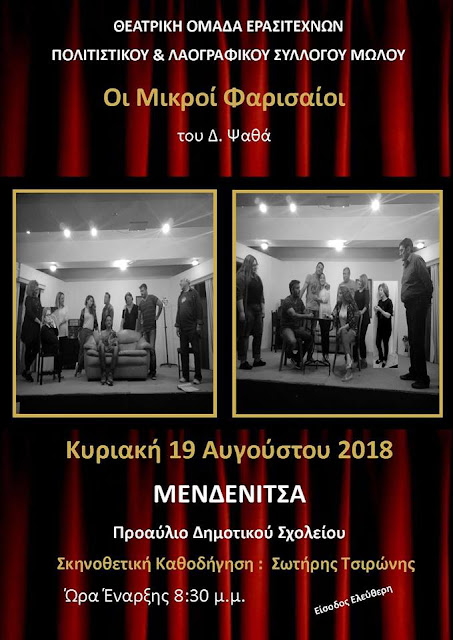 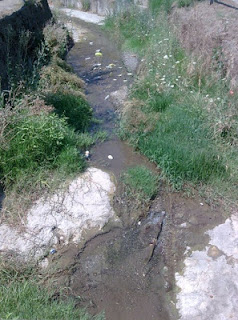 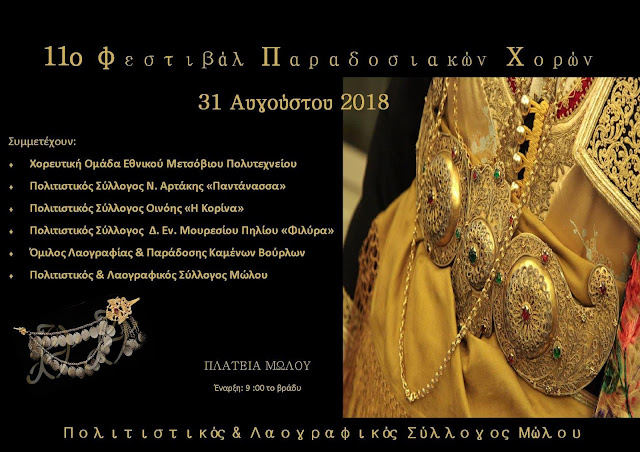 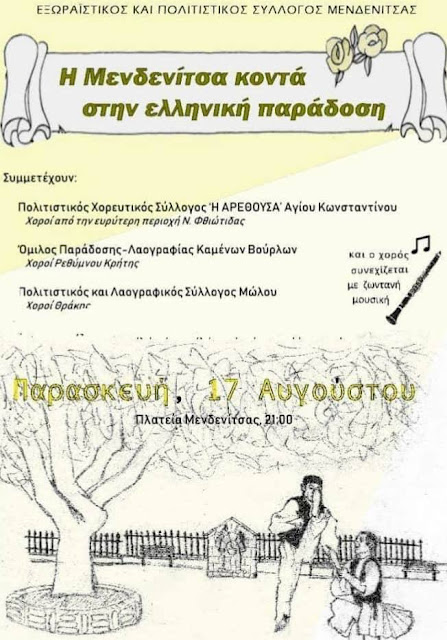 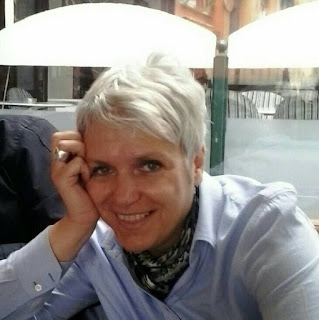